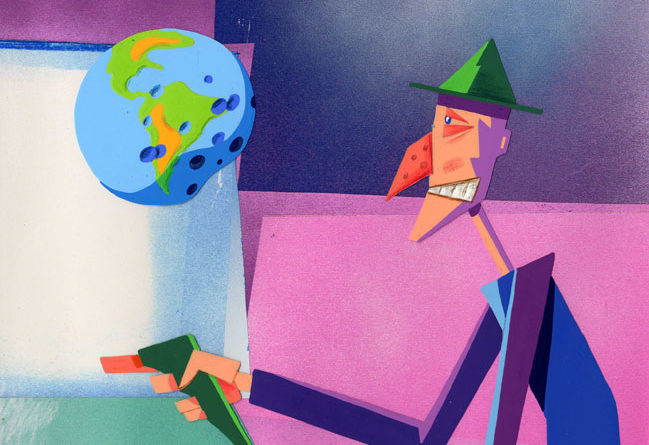 Based on the philosophical parables „Tales from Lailonia Kingdom for the Big and Small” by Leszek Kołakowski.

Pigu, a merchant, lives with Memi, his daughter, in the kingdom of Lailonia. As the favourite pastime in this country is puncturing globes, Pigu always brings Memi a new globe from his absence Memi orders a globe the size of Earth.

When Pigu sends it back to the shop the shop the girl becomes hysterical. Not knowing what to do Pigu tells Memi that she could try puncturing the Earth itself. The results of this are tragic. Pigu is sent to prison. Alone in his cell he concludes that people should not skimp money on toys for their children.

HONORARY DIPLOMA for the work and assistance in and a warm-hearted and friendly attitude to the implementation of the Foundation’s tasks, ‘Promotion Academy’ Foundation Warsaw, Poland / 2000

MARCIN CHILDRENS’ JURY AWARD, for the best picture: The film enchants with its grotesque vision of modern times, its original concept of showing the everyday toils of the inhabitants of Lailonia who are a spitting image of people from Earth, National Competition, 17th International Festival of Films for Children Ale kino!, Poznań, Poland / 1999 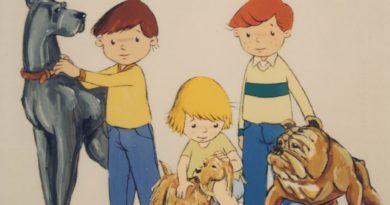