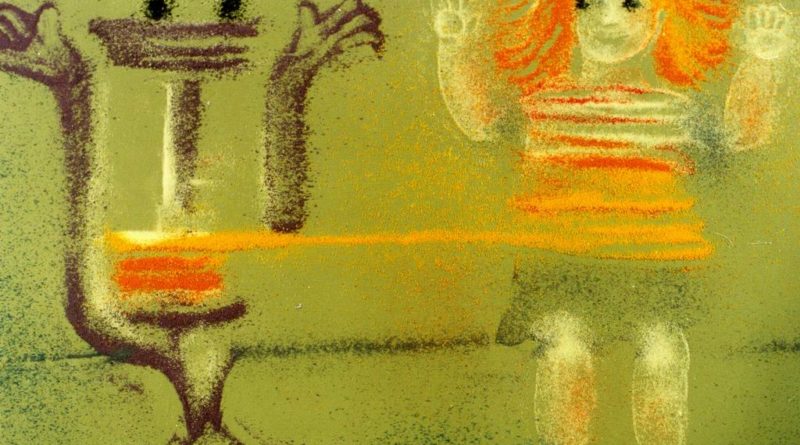 The film inspired by classical music was made using animation in friable matter.

A little girl running along the street suddenly she stumbles and falls down. The camera zooms into the sad face of the kid and her dirty dress. A thread floating in the pool of water gets animated, transforms into a little loom and weavers a new, colourful dress for girl. The world around the kid suddenly changes: the sun – spinning – wheel paints everything in bright clouts.