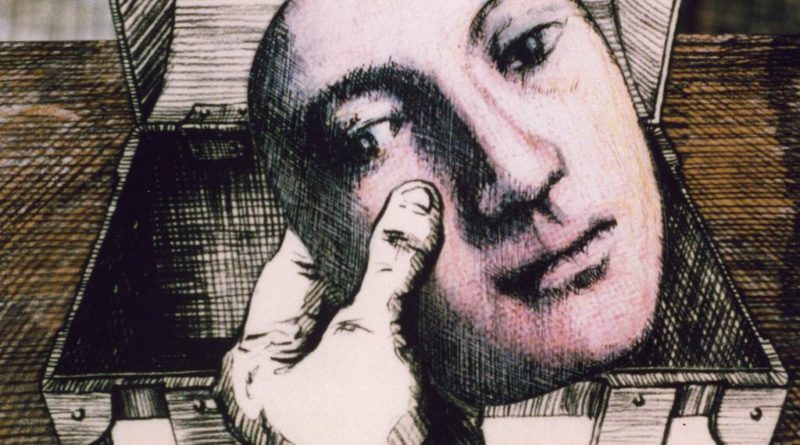 Nino, a baker’s apprentice from the Kingdom of Lailonia had a very beautiful face. Soon he noticed that wrinkles began appearing on it. Nino borrowed money from his neighbour and bought a trunk of immutability.

He then put his face in the trunk and lived without it. He claimed that only by keeping his face in the trunk of immutability he would be able to ensure its eternal youth and beauty. The neighbour demanded his money back. Nino pawned his beautiful face but got a sum lower than the sum owed. Nino went to prison for not paying his debt. The pawnbroker waited long for Nino to return and redeem his face. In the end he took the face from the trunk and gave it to his children to play with. The children turned the face into a football. Only Nino in his prison cell still thought that his face was the most beautiful in the world.