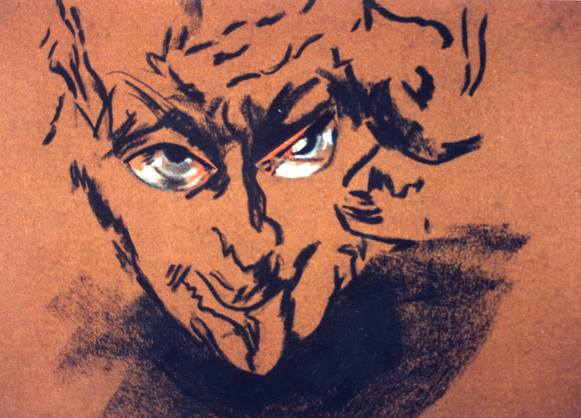 A film from the series „Impressions” made using classical animation : drawing with pastels on paper. It is the director’s debut, being her diploma at Poznań State School of Arts under Prof. Kazimierz Urbański. The film features a composition of selected portraits painted by Witkacy in his „Portrait form”. The director refers to Witkacy’s „cosmic imagination”, placing the animated portraits on the Earth „stolen” from the Universe.